What is the Urban Heat Island Effect? 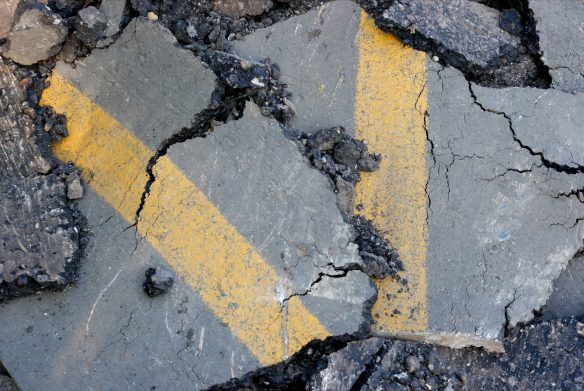 When you think of sprawling urban areas, there are a few issues that may come to mind. You might go into an inner rage thinking of traffic congestion and gridlocked streets. Or lament the lack of parking and curse the meter maids.

What you might not think of, however, is the fact that cities are much warmer than their adjoining rural areas – sometimes as much as ten degrees hotter. How is this possible?

Skyscrapers, parking lots and garages, pavement, and other city structures are all generally constructed of darker materials such as asphalt that absorb sunlight and emit it in the form of heat. This phenomenon is known as the urban heat island effect.

While islands may conjure images of fruity drinks with umbrellas and seaside views, there’s nothing very refreshing about the heat island effect. It can actually be quite dangerous, causing stifling temperatures responsible for more deaths each year than tornadoes, hurricanes, floods, and lightening combined.

Lives are not the only precious element at stake. High temperatures can also destroy a city’s infrastructure, much to the detriment of commerce and freedom of movement. For example, paved surfaces, including roads, sidewalks, and parking lots, are vulnerable to buckling, cracking, or collapsing as heat expands moisture that’s penetrated the cracks.

Urban dwellers, city planners, business owners, and property managers can all take measures to mitigate the damage and risks associated with the urban heat island effect. Deciding which measures to take, though, might be a little easier if you first understand how exactly the phenomenon works. Let’s take a look.

You’ve likely already learned the physics behind the heat island effect in your elementary school lessons on color. All objects absorb and reflect light, or wavelengths along the visible light spectrum, to varying degrees, making some objects green, blue, violet, yellow, orange, or red and others white or black. Blue objects, for example, absorb blue light and reflect all other visible wavelengths. Black absorbs nearly all wavelengths, while white surfaces reflect all visible light. The light, or solar radiation, surfaces absorb is then converted to thermal energy and emitted as heat. So, the darker the surface, the hotter.

When we construct urban areas, we tend to use darker materials and cluster buildings. So, not only do cities absorb a lot of solar radiation, they also trap heat for longer periods of time than rural areas that have fewer man-made structures.

Trees, shrubs, and other plants also play a vital role in cooling the air around them through a process known as evaporative cooling. Much like when humans sweat, vegetation takes in and then releases water that the surrounding air absorbs with the aid of trapped heat energy. The surrounding area is cooled as the air releases this heat, or expends energy. Because plant-life is often razed for construction, cities miss out on the cooling effects of nature.

So, what can urban dwellers, city planners, business owners, and property managers do to cool their cities?

City-wide implementation of these heat defeating techniques could drastically lower urban temperatures. But, believe it or not, the construction and maintenance decisions of parking lot and parking garage owners and managers could play the single largest role in reducing the consequences of the urban heat island effect. A large proportion of city land is dedicated to parking – over one-third, in fact. In Los Angeles, for example, parking accounts for over 17 million square meters of land.

So, if you’re interested in finding out more about parking lot and parking garage services to cool – or even maintain and beautify – your property, please contact us at Curcio Enterprises. We’ve been the one-stop shop for all parking facility needs since 1975!